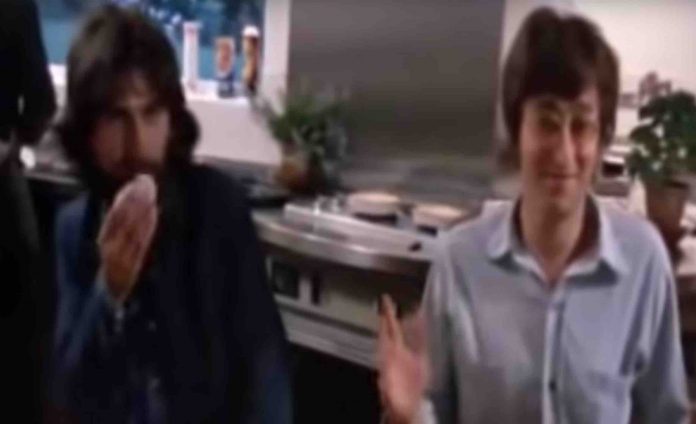 Late The Beatles member John Lennon’s official Instagram account tweeted out the following photo. The photo is a handwritten letter from Lennon to bandmate and iconic late Beatles guitarist, George Harrison, dated 1974, just mere years before Lennon’s untimely death. You can view this emotional letter from John to George below.

Fans on the Beatles subreddit reacted to the poignant letter. Demafrost said: “If you like stuff like this, there’s a book that came out about seven-eight years ago called The John Lennon Letters which is full of letters and drawings that John sent out both publicly (to magazines, etc) and privately (donated by Yoko [Ono], Mae [Lennon] or somehow became public over the years). Really fun read, I’ll have to dig up my copy and see if there are any good ones worth sharing.” John Lennon was threatened by older women in uncovered awful photo.

Whereas TheLastSecondShot mused: “I wonder if George [Harrison] ever wrote back. They had an interesting relationship throughout the 70s and until John’s death. I think the turmoil started when George didn’t want Yoko to play at the Concert for Bangladesh in 1971. Seems like a lot of this letter is sarcastic, which wouldn’t be surprising considering it’s John.” John Lennon’s widow bends over in sad photo.

Following that Normie1969 replied: “Yeah, and their conflict had not ended even at the time of John’s murder. John was apparently very unhappy that George had mentioned him only sparingly in his autobiography, ‘I, Me, Mine’. But I like to think that John was actually trying to be genuine through this letter. I mean doesn’t it make you a little bit happy thinking that they actually loved each other like brothers and their bromance and camaraderie was not just for the cameras. Factually speaking, 1974 was the year when John went a little crazy and had his so-called “Lost Weekend”. During this period, he jammed with Macca [Paul McCartney], along with Stevie Wonder and Nilsson. This was also the last time they both met each other. Remember, it was also then when Paul helped Lennon get back together with Yoko by trying to talk some sense into him. So I am sure, when few months later, Harrison announced his Dark Horse Tour, I am sure he must have genuinely wanted to connect with him.”

The user concluded: “After finishing this reply, I am really sad at the fact that The Fab Four could never get back together and no matter how nonchalant they may appear, I am sure, all of them will forvever regret not being able to do the same. And this was not only because of their bromance, but because they knew that they, together, were a creative force to be reckoned with as seen in the Anthology Projects. If only they could. Ringo Starr revealed if John Lennon widow ruined The Beatles.